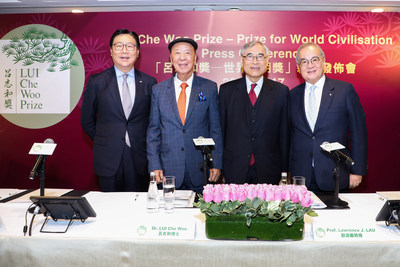 The laureates of the LUI Che Woo Prize 2017 are:

Mr. Xie Zhenhua is awarded the Sustainability Prize for his crucial role in championing international negotiations, culminating in the successful conclusion of the Paris Agreement in 2015, and his efforts in leading and promoting the prevention of climate change within China, thus becoming a model for other developing economies. Mr. Xie has made remarkable contributions to the prevention of climate change. 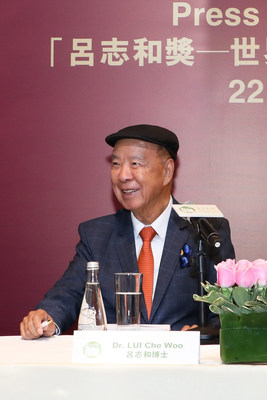 Landesa is awarded the Welfare Betterment Prize for its promotion of the idea of “land to the tiller” and its success in securing land rights for over 120 million of the world’s poorest families in more than 50 countries over the past 50 years. Landesa has made outstanding contributions to the alleviation of poverty by embracing the concept of “helping people to help themselves”.

The International Paralympic Committee (“IPC”) is awarded the Positive Energy Prize for its outstanding work in proactively encouraging Para athletes in celebration and competitive participation in sports, offering hope to people with an impairment, and changing the society’s long-held biases towards them. The IPC has successfully promoted harmony among diverse groups and radiated positive energy around the globe. Mr. Xie Zhenhua said, “I’m very honoured to be awarded the LUI Che Woo Prize. It is a great recognition to me, my team and most importantly, to our country for its policies, measures and actions and, in particular, the progress achieved in this field. It definitely serves an affirmation, encouragement as well as motivation to drive us to achieve better results in the future.” Mr. Chris Jochnick, the President and CEO of Landesa said, “The news of receiving the LUI Che Woo Prize was both unexpected and tremendously exciting for us. What stands out about the LUI Che Woo Prize – Welfare Betterment Prize is the flexibility and opportunity to go where the need is greatest. This allows us to do the kind of work that we think is most urgent and most effective to raise living standards for the world’s poorest women and men.”

Sir Philip Craven, President of the IPC said, “Ecstatic! For our organisation to get the Positive Energy Prize and to be recognised by such a pre-eminent award, and by the group of people that selects the award, and to be part of the thinking of Mr. Lui is just tremendous. The award believes that our prime driving force is our Paralympic spirit, but the other name for the Paralympic spirit is ‘Positive Energy’. So it’s great that these two sets of thinkers and actors can come together. It’s a great honour really.” 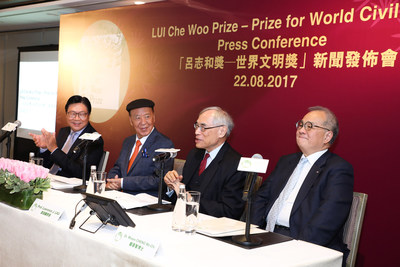 Professor Lawrence J. Lau, Chairman of the Prize Recommendation Committee, said, “This three-tier structure ensures that laureates of the Prize have been carefully evaluated for their merits and contributions, and are truly deserving of this exceptional honour. We hope they will take this award as a token of encouragement to further their respective missions.”

The LUI Che Woo Prize is an international, cross-sector, innovative prize that advances with the times. To address ever-evolving global needs and challenges, the Prize will set a Specific Area of Focus under each Prize Category every year.

The 2018 Specific Areas of Focus for each Prize Category are:

Nomination is by invitation only. The LUI Che Woo Prize will send invitations to more than 1,000 nominators, including heads of universities, academic institutions and professional organisations. Nominations will be considered regardless of race, religion and nationality (for individuals), or place of establishment (for organisations).

To find out more about the LUI Che Woo Prize, please visit the official website www.luiprize.org.